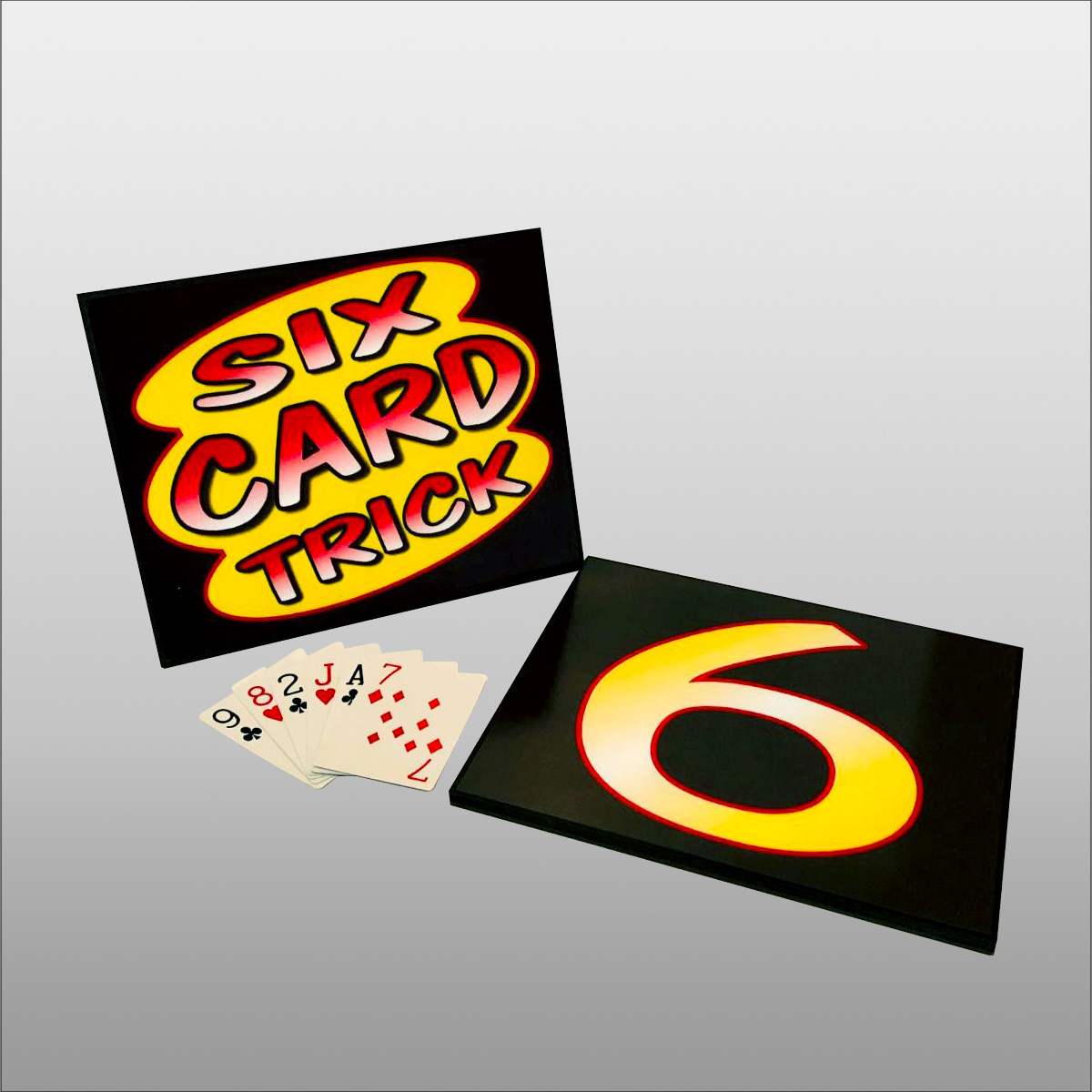 The magician anounces he is going to do the six card trick, and shows a sign that says just that. He asks the kids how many cards will be used as he turns the sign over. The kids yell 9 (because that's what the sign says) and the magician protests. "No kids, it's the six card trick,"as he turns the sign over once more and asks again.The kids still tell him 9. He finally realizes that the sign is printed incorrectly and turns it the other way (with the children's direction) to correctly show the 6.

He has a volunteer on his left hold the sign as the volunteer on the right counts 6 cards into the magician's hand. The magician counts the cards outloud but has only 5. "I need 6 cards" he says and takes another from the volunteer and counts them again to have only 5. This can be repeated 5 or 6 times getting funnier each time.

The magician explains that maybe he is the one messing up the trick so by not touching the cards, the trick may might work. This takes the heat off the child who appears he can't count cards correctly. He turns to the volunteer on his left, takes the sign from him and holds it like a tray and that volunteer counts 6 cards onto the tray. The magician dumps the 6 cards into that volunteer's hands and has him put his other hand on top so nothing can get in or out. He turns back to the volunteer on the right and hands him an invisible deck of cards. He has them shuffle the deck and asks him to walk out into the audience and have 3 people pick cards.

This can be very funny as the audience members pick an invisible card from an invisible deck. Now for the magic! The magician asks each person who chose a card to carefully throw their cards towards the 6 cards the other volunteer is holding. This is a great comedy moment as the people throw the cards. When the cards are counted back onto the tray there are 9 cards!

The magician finishes by saying, "I guess the sign was right. It is the 6 card trick with 9 cards." 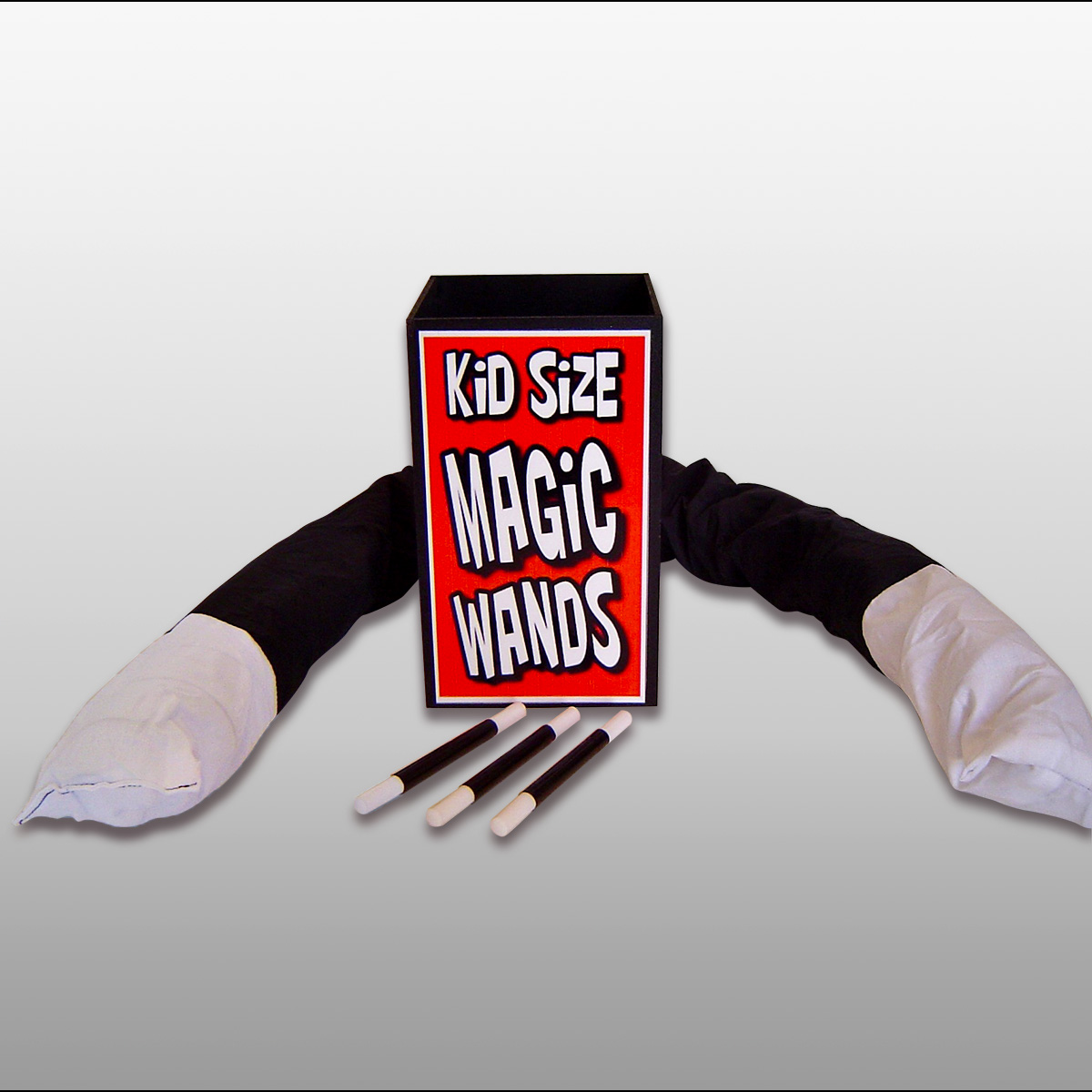 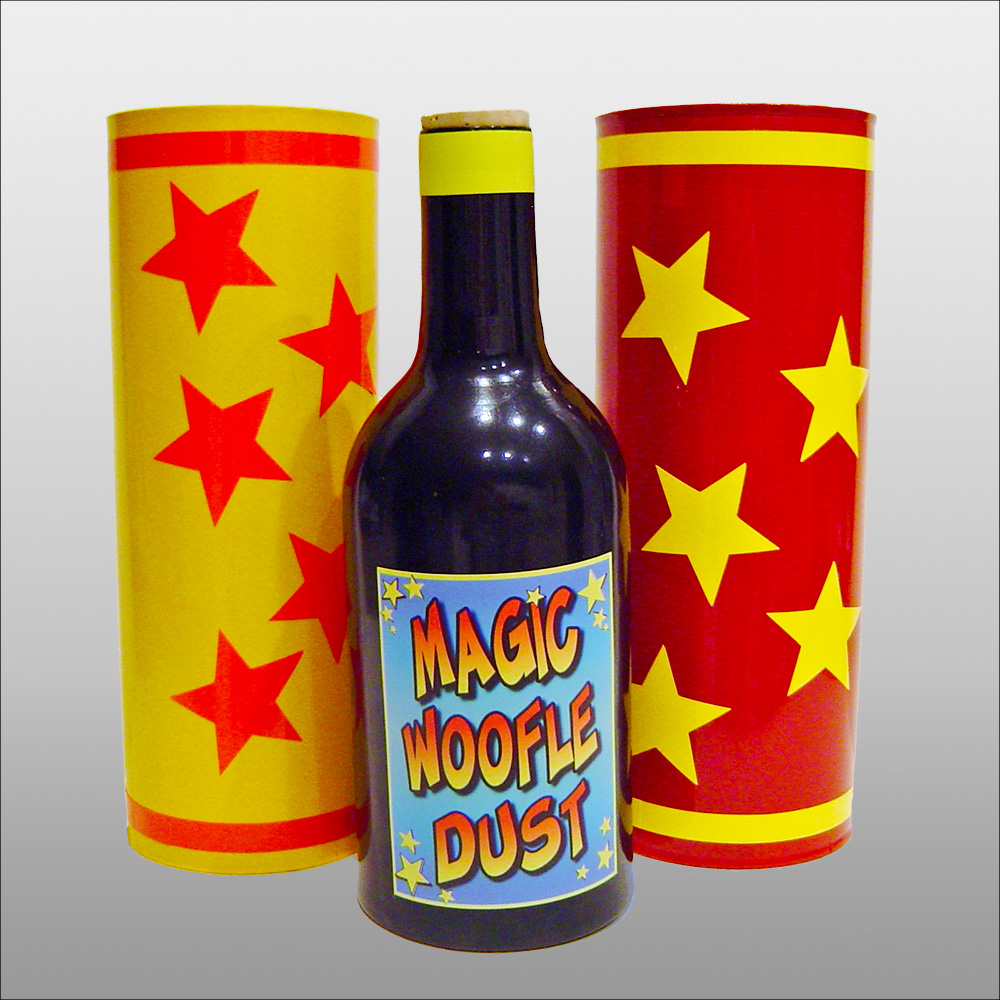 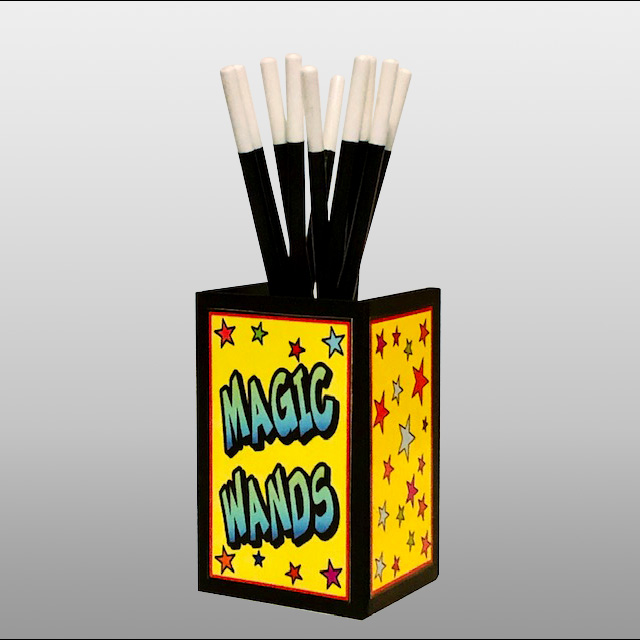