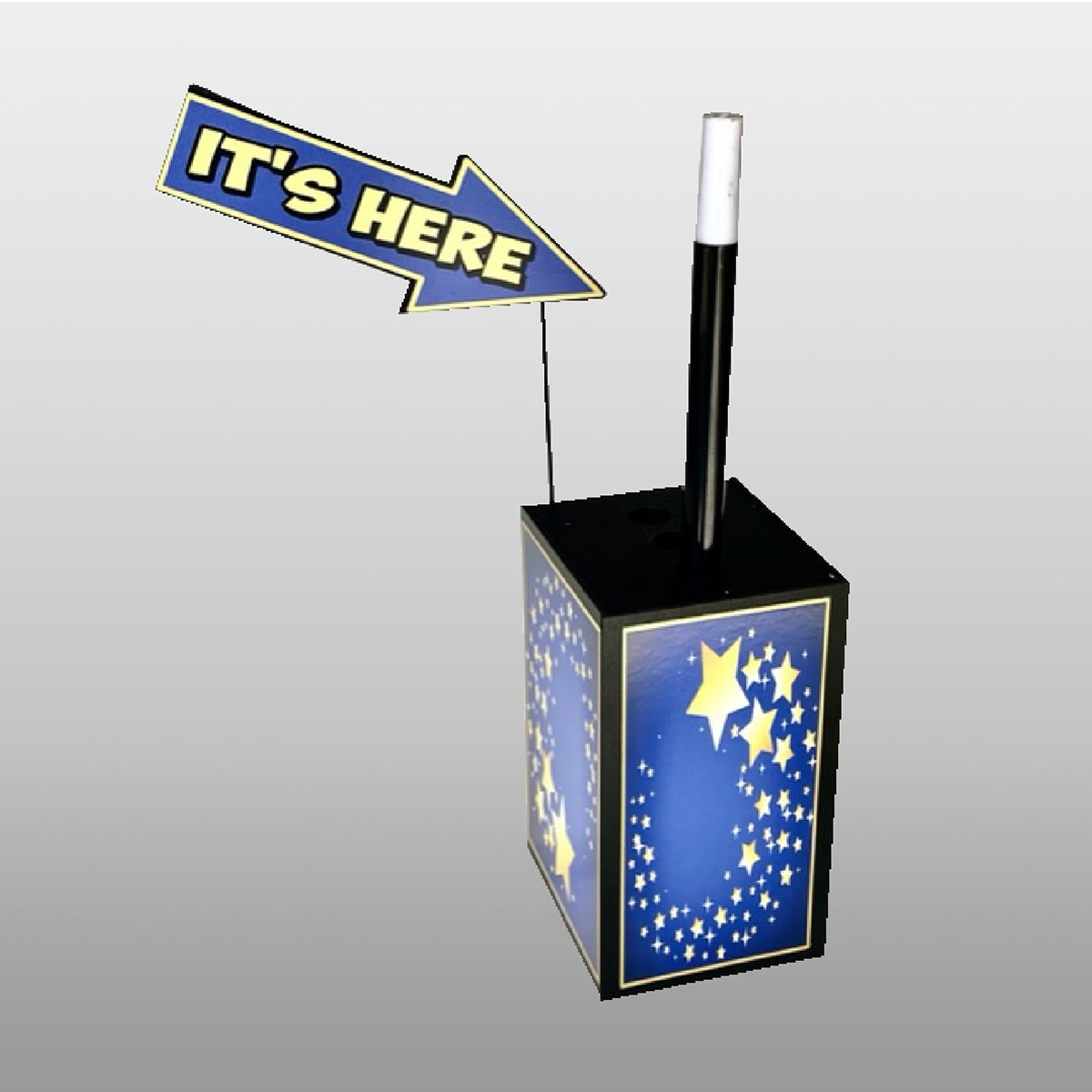 The magician explains that he is always losing his magic wand, so a friend of his built him this very magically decorated box to hold it. He even put an arrow pointing to it with a blinking light. The magician is telling the audience that it is a great idea and that anytime he reaches for the wand, it will be there.

As he reaches for it, the wand falls out of the bottom. He puts it back and says he will hold his hand down there so it can't fall out but is afraid it might jump out of the top so he puts his hand over the top, and it falls out the bottom again.

When he puts the wand into the box this time, it jumps back out over and over like it just won't stay put.

Now the magician puts it in the box and puts his hand over the top to keep it there. After a minute, he takes his hand away carefully and even shakes the box to see if it will jump out, but it just stays put.

Of course when the magician looks away the wand jumps high in the air for the perfect finale.

There are actually 3 holes in the top of the box.

The comedy possibilities are endless with the magician never seeing the wand moving or knowing which way it will jump out.


Check Availability:
This email address is being protected from spambots. You need JavaScript enabled to view it. Call Kandu